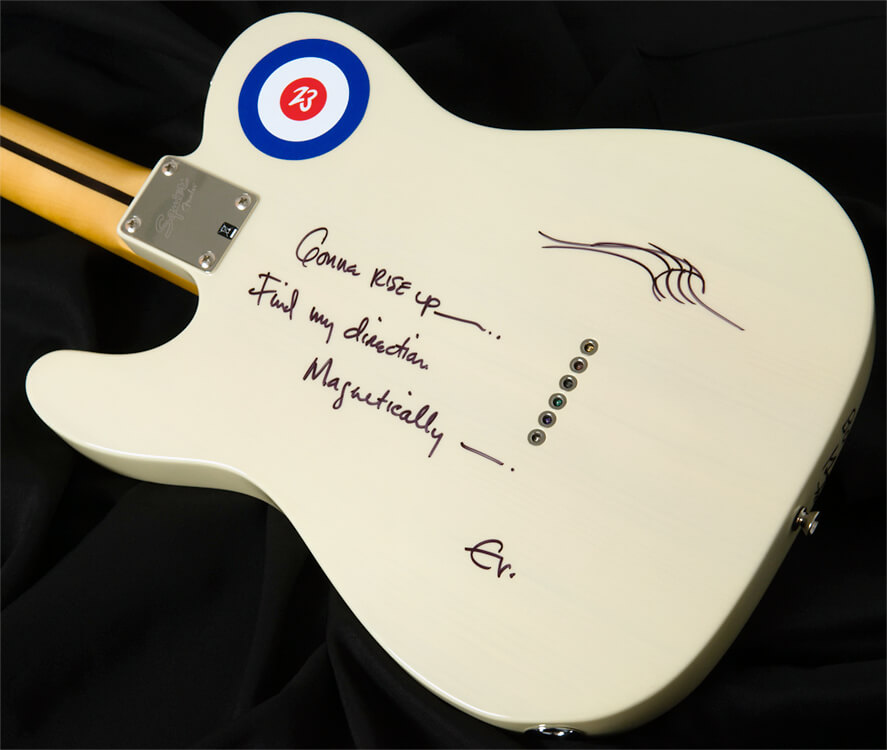 At Eggleston Services, we empower people with intellectual disabilities through education, training and employment opportunities. We are also working to expand our inclusive housing initiative.

Eddie Vedder was kind enough to donate this Fender Squier Telecaster through his friend and local advocate for children & adults with intellectual disabilities, Carine McCandless. Carine is a Va Beach resident and mother of two girls, her youngest has Down Syndrome. Carine & Ed became pals while he was creating the soundtrack for Into the Wild, the 2007 film about Carine’s brother, Chris McCandless.

The face of the guitar is signed by the entire band, including Pearl Jam’s newest member, keyboardist Boom Gaspar. Vedder personalized the back of the guitar with some lyrics from “Rise”, the 4th track from Into the Wild. This is a one time opportunity to acquire such a rare collector’s item.

The guitar will be on display at AoRM’s 2nd Annual Oceanfront Rock Fest to Benefit Eggleston.

Deadline to enter online is May 20th, 2016. Don’t miss out on this exclusive campaign! Current estimated chances of winning are 1 in 250!

The winning name will be drawn on May 22nd, 2016. Please note: Winners outside of the Tidewater VA area will be responsible for costs to ship the guitar via UPS Ground.