The Eggleston Garden Center is a retail outlet that has everything you need for your lawn and garden and is conveniently located at the intersection of 38th Street and Granby Street in Norfolk, next to the Virginia Zoo.

We also offer full-service landscaping for both commercial and residential clients. For additional information contact us at gardencenter@egglestonservices.org. 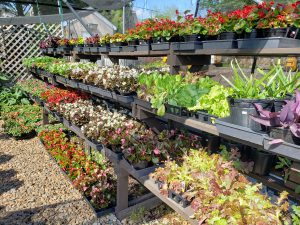 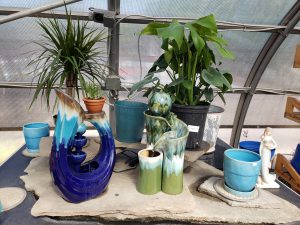 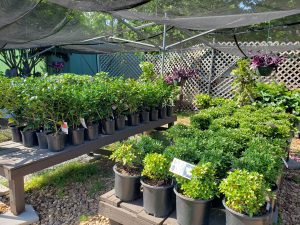 I have a 39 year old disable nephew is type 1 diabetic, blind, renal failure and on dialysis. He needs care and housing in Los Angeles County, CA

A Home For The Holidays

In August 2019, Eggleston Brain Injury Case Manager, Jamie Peed, received a call from Suzette Ebersole, Outreach Coordinator at the Virginia Beach Housing Resource Center. She was looking for resources and case management services for a homeless Navy veteran named Randy, who had suffered a traumatic brain injury many years ago. As a result of that injury, he began to experience seizures. As support and protection for before and during his seizures, Randy enlisted help from a service dog. Randy’s longtime partner, Karen, was also with him. Suzette arranged a meeting for Jamie to begin brain injury case management services. Eventually, Randy was approved for a housing voucher and began to look for a place to live, with help from a case worker from the VA. Randy contacted Jamie after his case worker told him he would not be able to find a place because of having his dog, more so due to the dog’s size. Jamie explained the laws of having a service dog to the case worker, but he still did not accept them. Jamie instructed Randy to get a letter of need from his doctor, but the doctor told him to get a $100 training certification. Jamie wrote a letter to the doctor, as well as provided her with the Fair Housing Act and the Americans with Disabilities Act to prove the laws, which did not include needing a certification. The doctor then wrote Randy’s letter stating his need for a service dog. Randy presented the letter to his case worker at the VA, and was ultimately successful in finding an apartment to fully fit their needs. On December 18, 2019, Randy and Karen signed their lease and began moving into their new place. The team supporting Randy and Karen included the Homeless Hustle Network, Virginia Beach Housing Resource Center, the VA, and Eggleston Brain Injury Services. Each played a separate role, but came together to achieve a common goal—to give Randy and his family a home for the holidays.

Meet Trey, “The Weather Guy”. Want to know if it’s going to snow? Or, what historic weather event happened last year? Trey, ”The Weather Guy”, can tell you. Trey, 32, has autism. He loves to read, dance, watch movies, perform beat boxing and of course, watch the weather channel. Trey is also one of 36 adults with disabilities that Eggleston staff supports across 6 homes – 365 days-a-year, seven days-a-week, 24 hours-a- day – even during the holidays. Like many individuals, Trey has little to no family to go home with for the holidays. He will be at home his home for the holidays with his Eggleston family who ensures that Trey’s holidays are full of yummy food, festivities, and that some of his favorite things, like ‘llama llama’ books are under the tree.

Joan loves McDonald’s ice teas. She also enjoys shopping trips at Dollar Tree and dancing at the Monday night sock hop where occasionally she’s gifted with a new (to her) purse from a big-hearted volunteer. Like many adults with disabilities, Joan does not have family that can care for her. She depends on the care and support of Eggleston, 365 days a year, 7 days a week, 24 hours a day. Joan lives at one of Eggleston’s 6 residential homes. During the holidays, and all year long, Eggleston’s staff provides support to Joan and many others – and it goes far beyond the basics of getting dressed, housekeeping and making meals. Joan and others are supported in doing the things they love whether that’s shopping, dancing, swimming, volunteering in the community, or simply grabbing a dollar iced tea at McDonalds.

Please use this list as a guide for our September 6, 2021 hours in observance of Labor Day. For questions or additional information please call...

Please use this list as a guide for our July 5, 2021 hours in observance of Independence Day. For questions or additional information please call...

Building for the Future: A Note from the CEO Earlier this year Eggleston launched a capital campaign, making the renovation of it’s newest space possible....